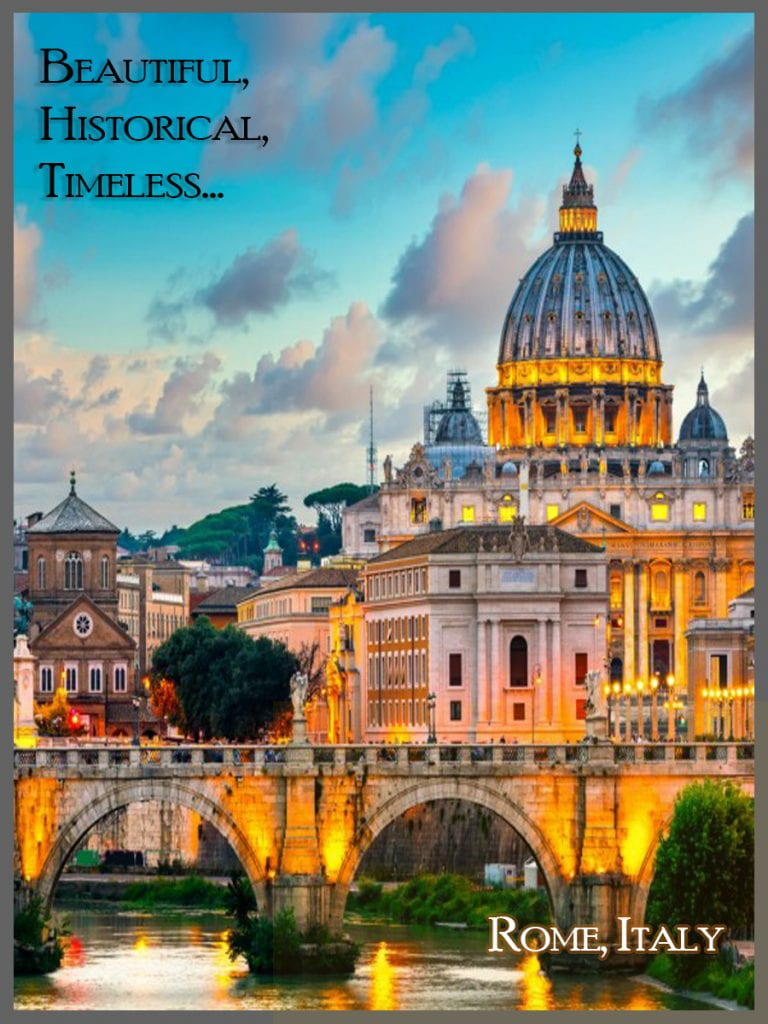 I really want to go to Rome because it is so historical and has a lot of architecture. Italy overall is just a beautiful country, but Rome has ruins and being an ancient world lover, I would love to see the Roman Colosseum and architecture. 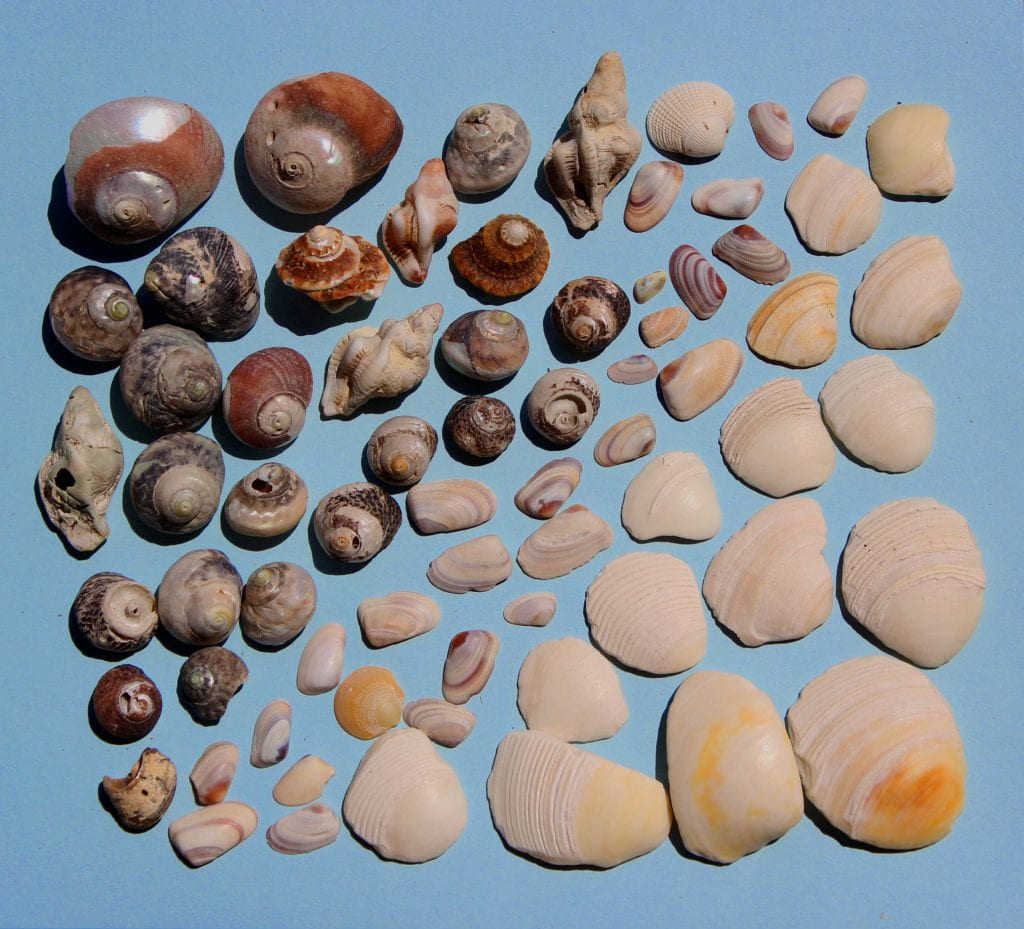 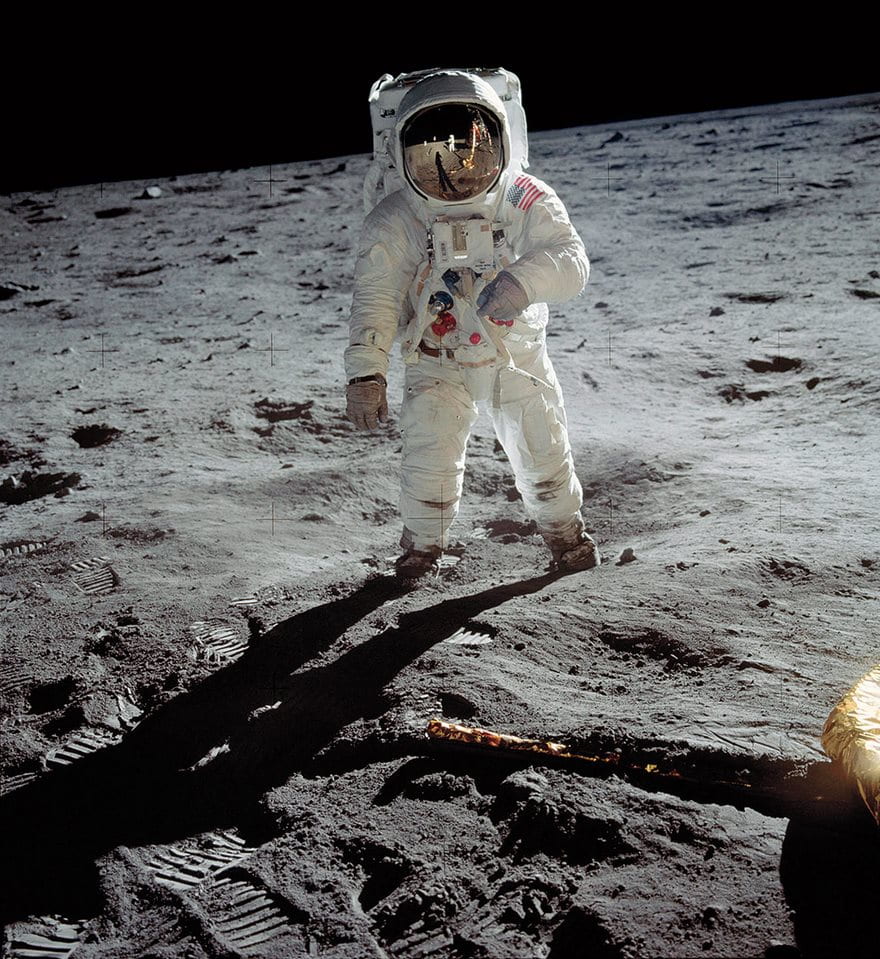 A Man On The Moon by Neil Armstrong: Neil Armstrong took this photo of the second man on the moon, Buzz Aldrin. I chose this photo because it is a very iconic image and was monumental in US and space history. 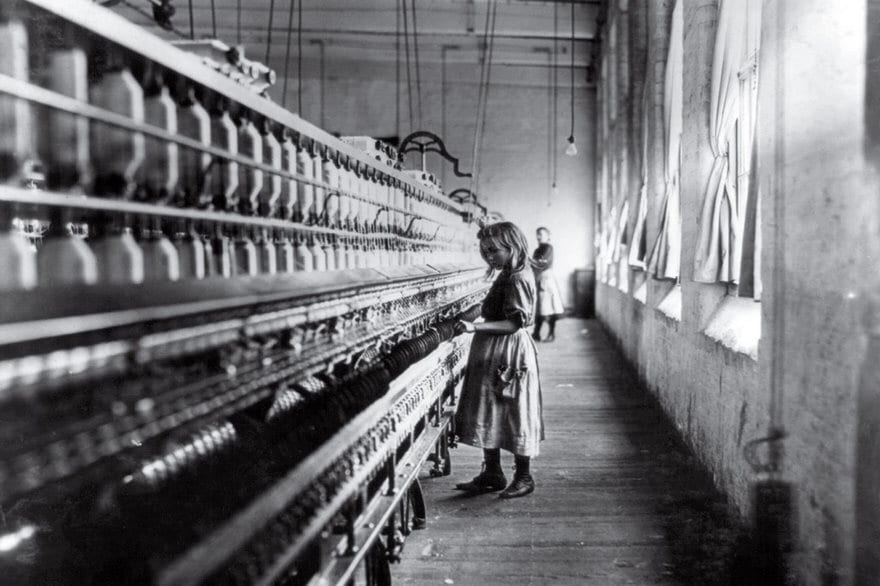 Cotton Mill Girl by Lewis Hine: Lewis Hine took this photo of a little girl working in a cotton mill factory, hoping that it would make people demand change to end child labor. I chose this photo because it inspired social change and helped put in place child labor laws to make it illegal for children to be forced to work. 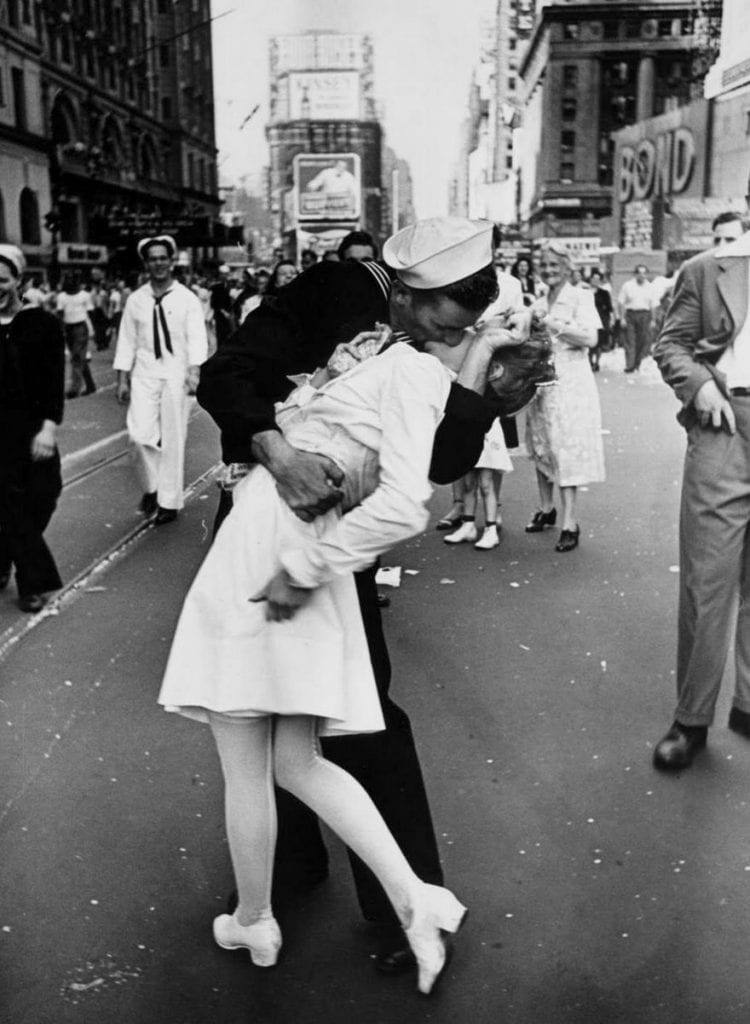 V-J Day In Times Square by Alfred Eisenstaedt: Alfred Eisenstaedt captured this photo of a soldier kissing a nurse on the day that World War II ended, August 14, 1945. I chose this photo because it is another iconic image and it captures the pure joy and relief that Americans felt when the war ended. It is monumental and important in world history, not just US history. 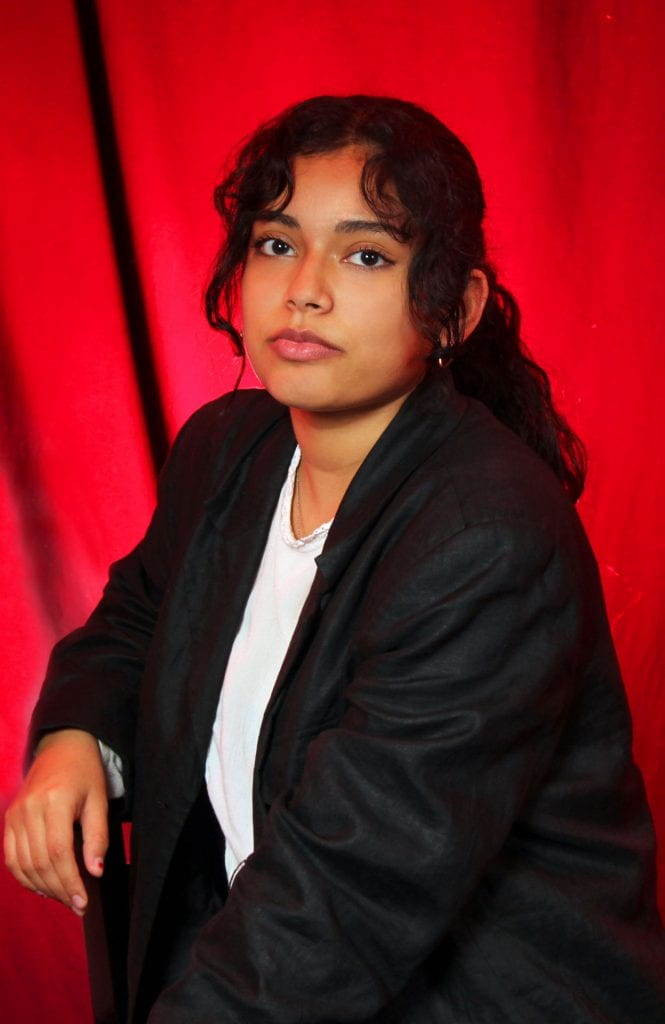 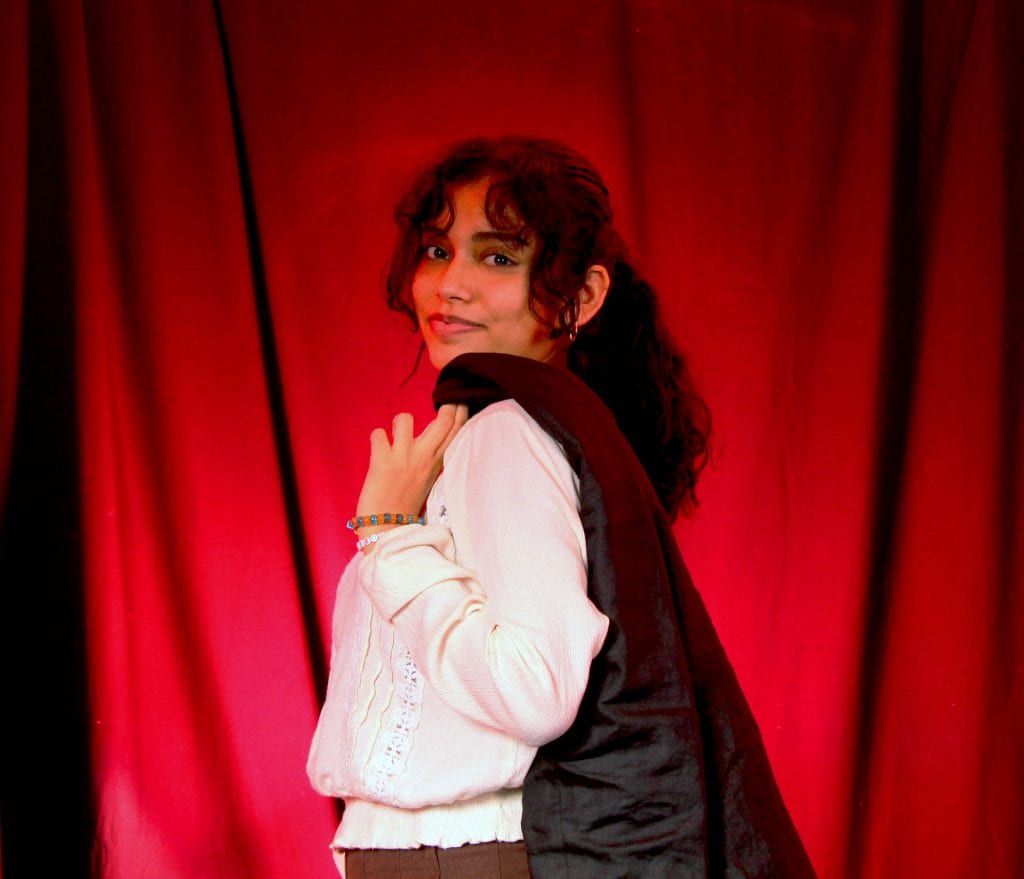 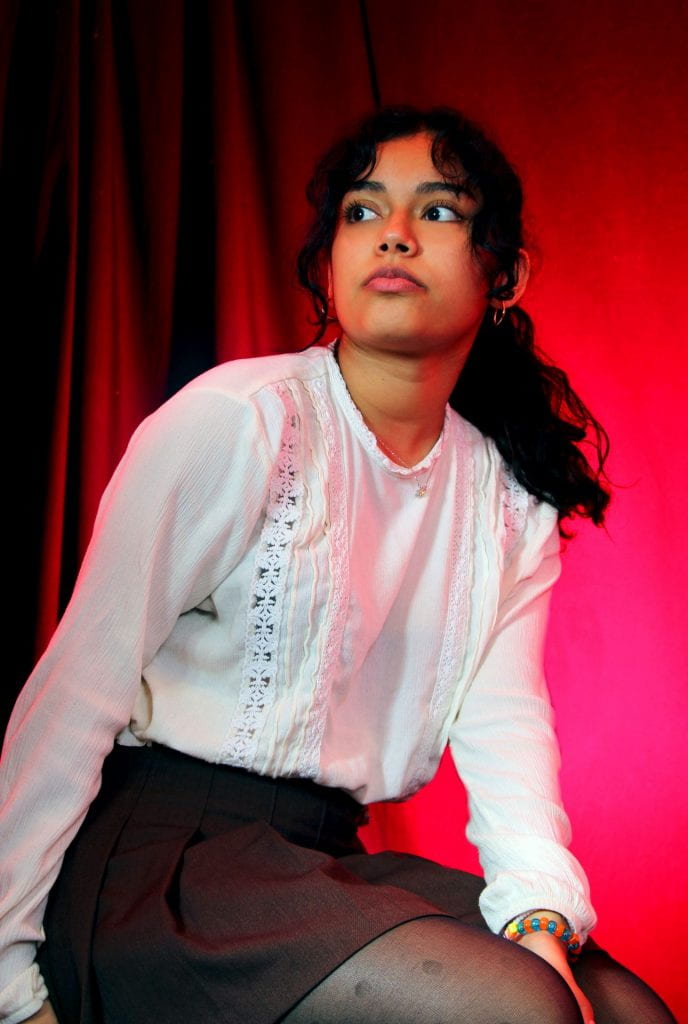 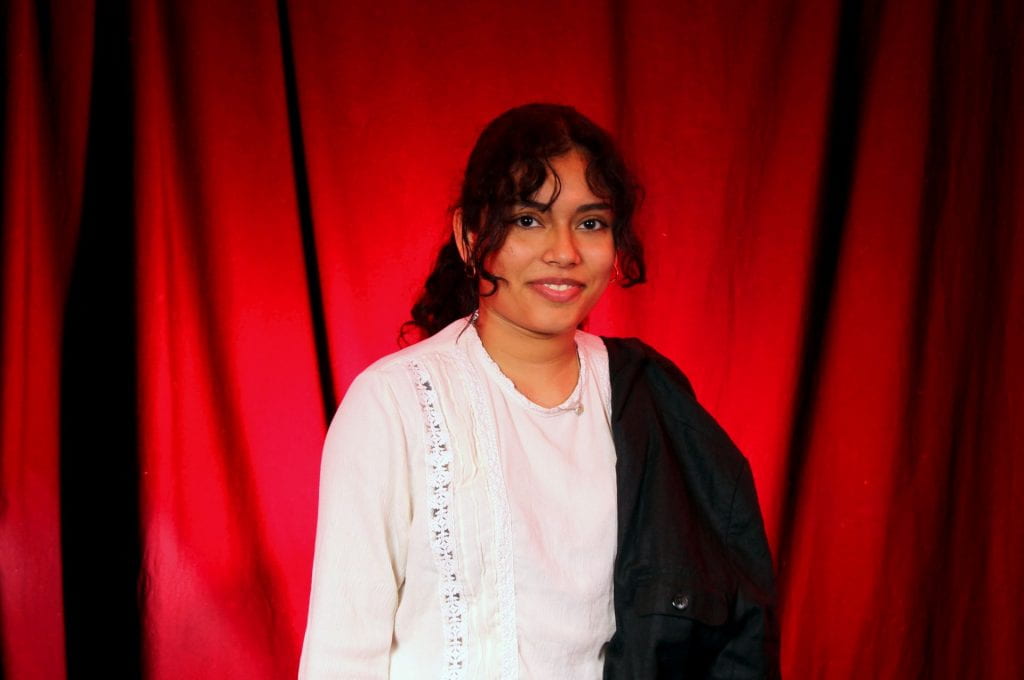 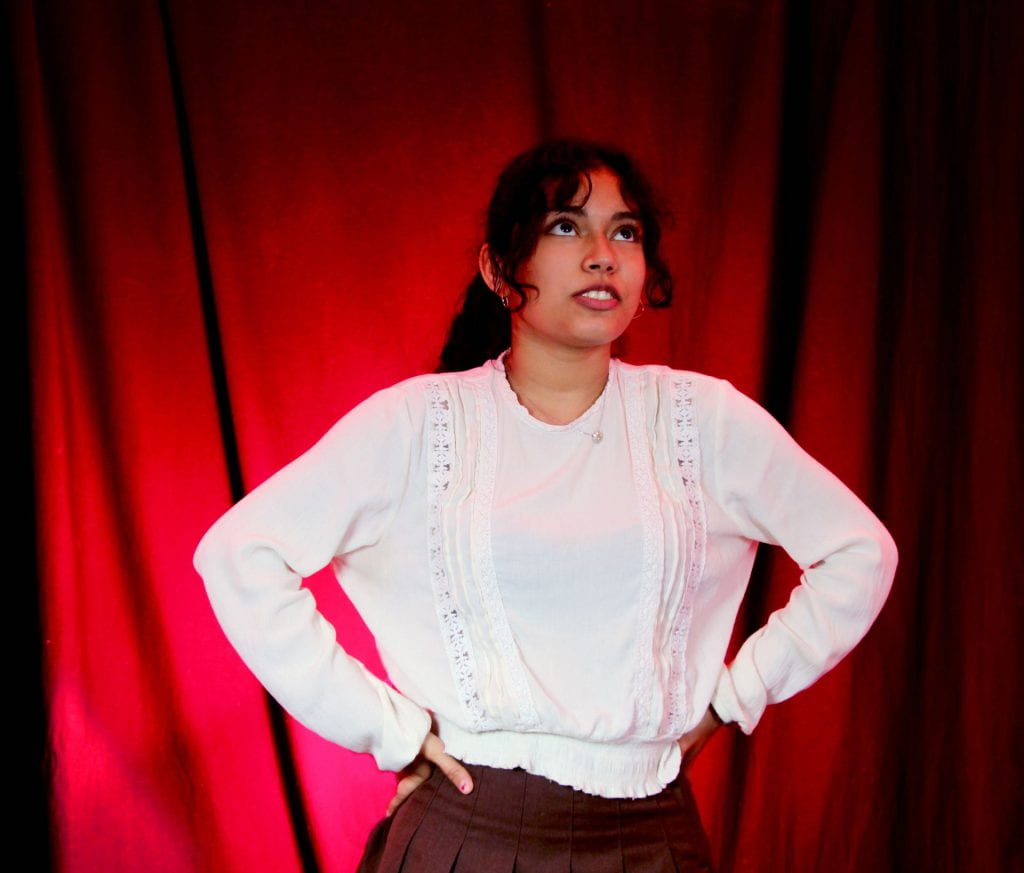 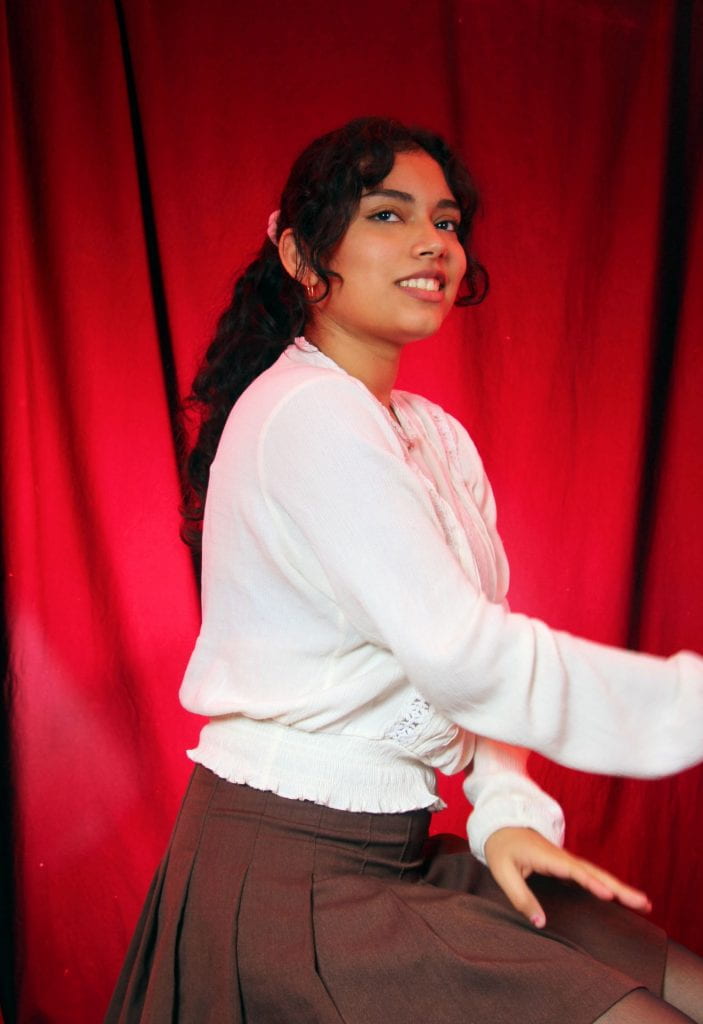 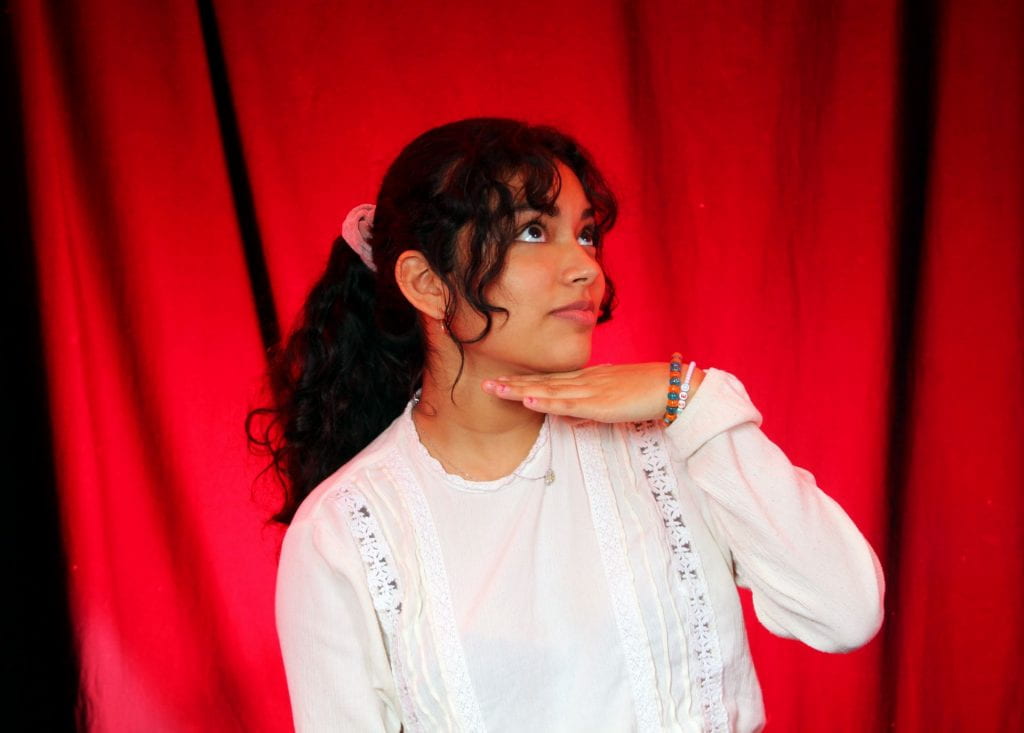 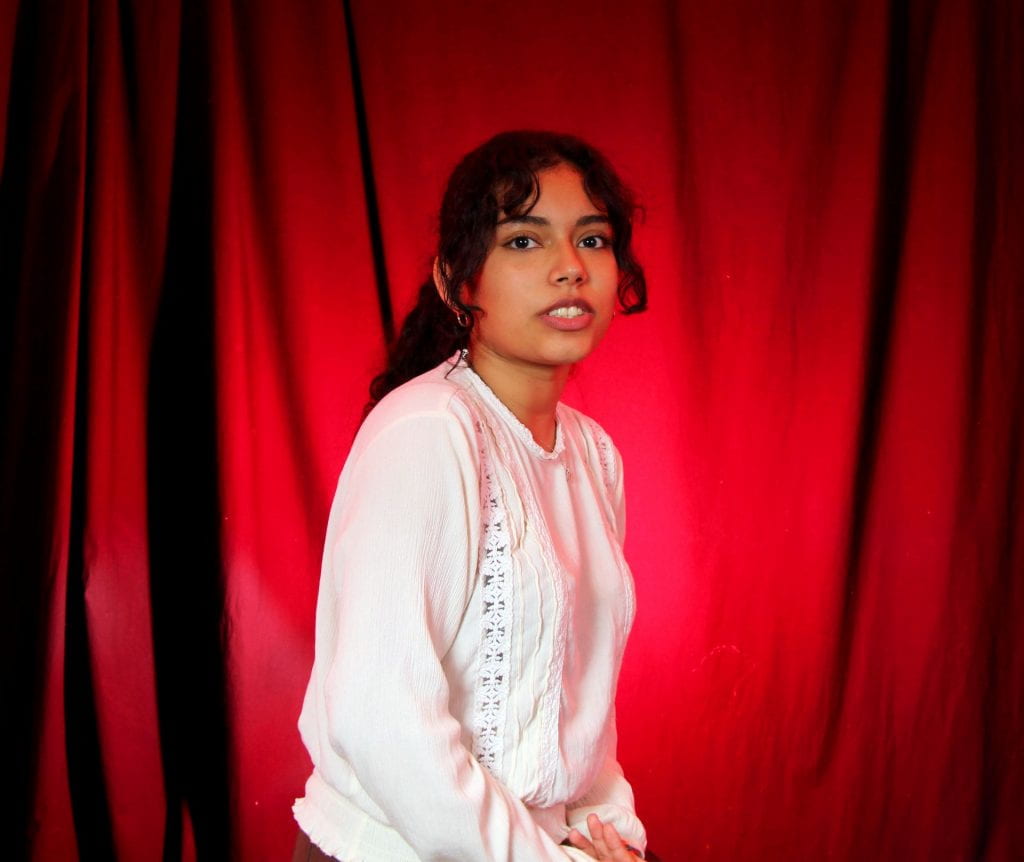 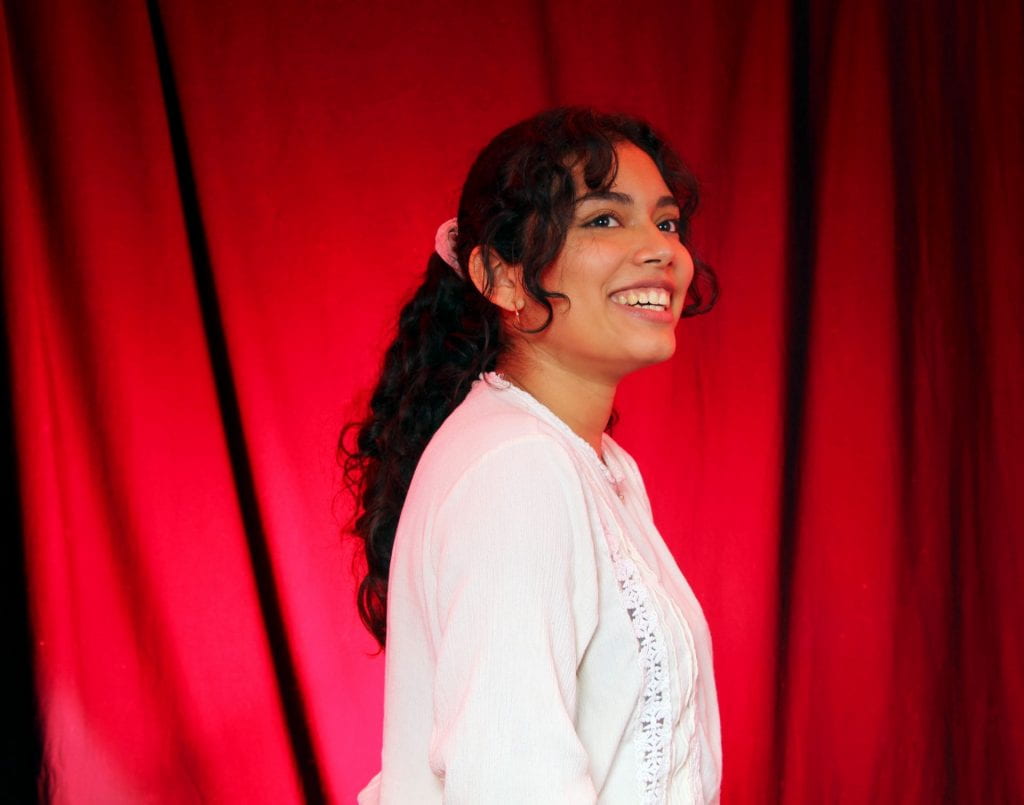 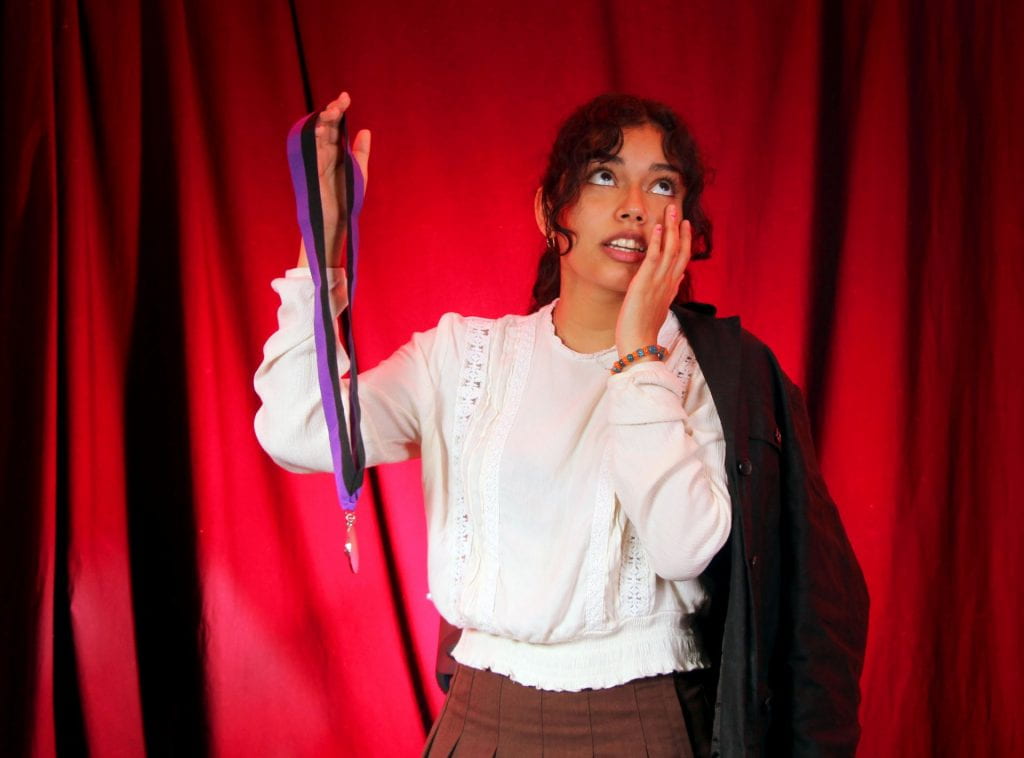 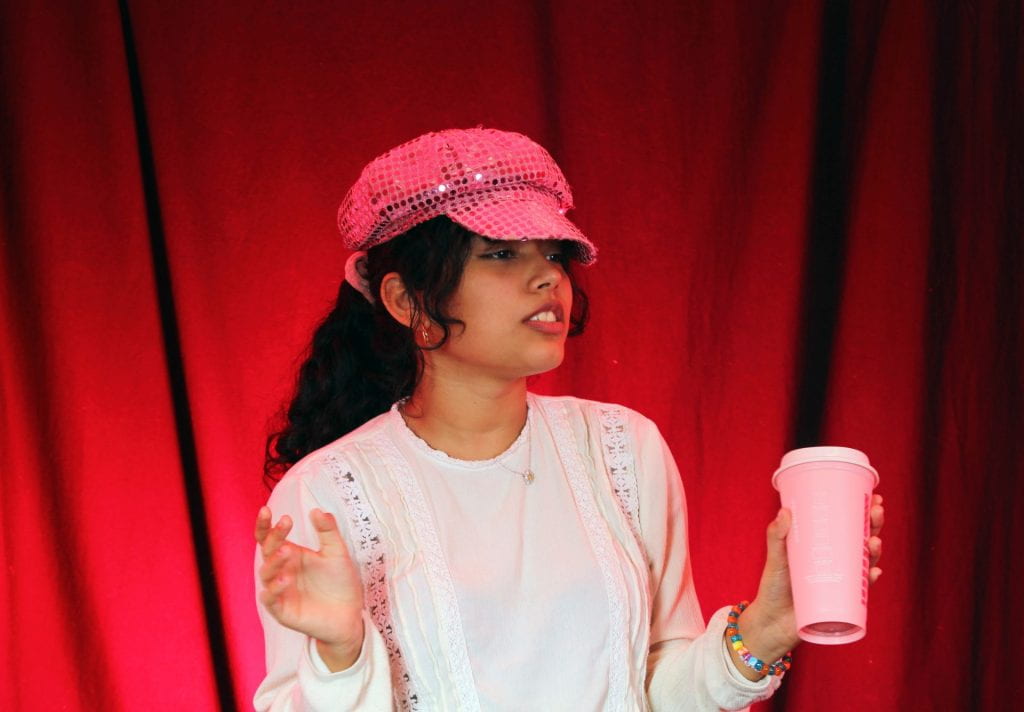 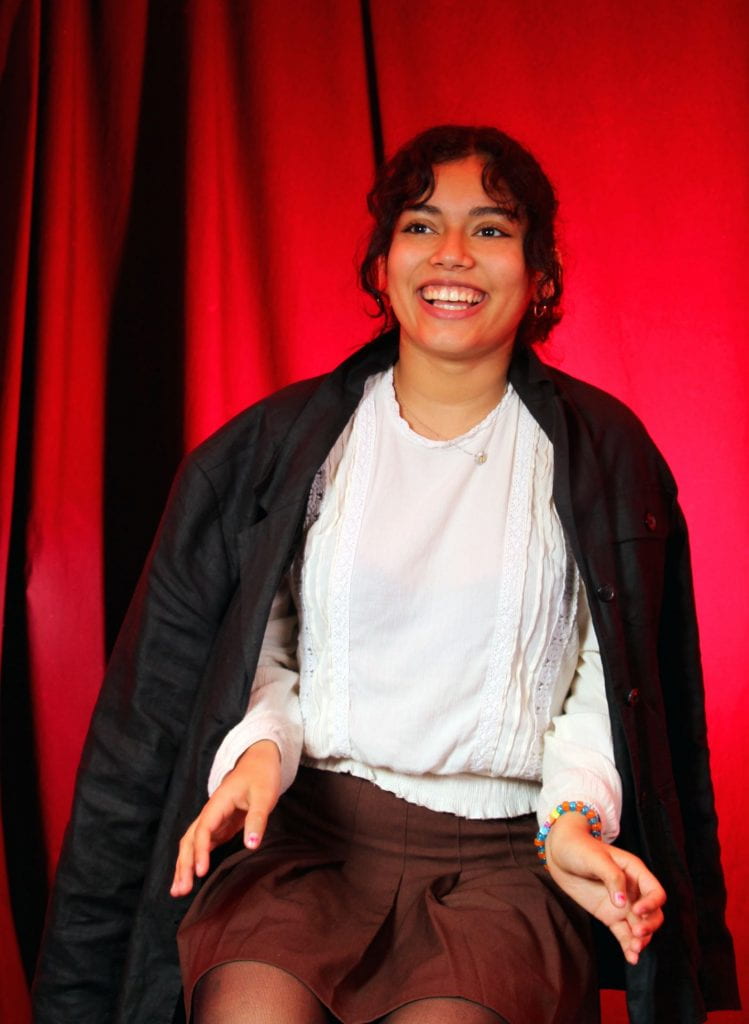 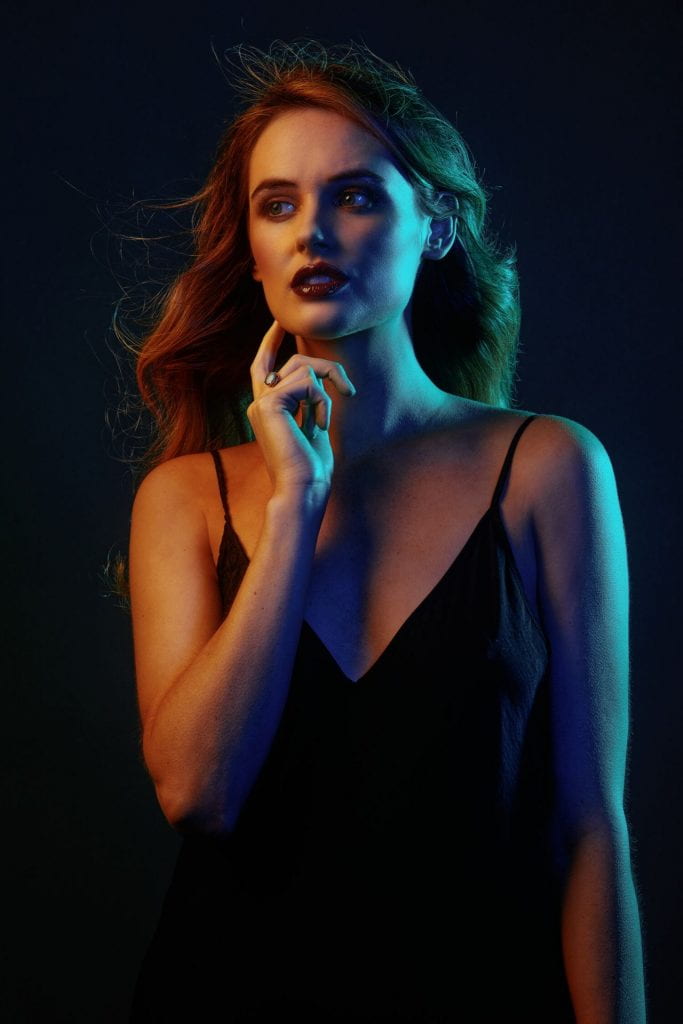 The subject is lit with a warm, orange light and a cool, blue light. I think this was done to achieve a happy side and a sadder side in one photo. The portrait itself is fairly simple and the subject is purposefully not fully lit. I think the photographer wanted to show the happy and joyful side of a person, as well as the sad and vulnerable side. The subject has a very wistful expression as if she is deep in thought. I like that the photographer used contrasting colors but lighter and not as bright versions of it. It makes the photo itself look a bit more dramatic. The lights are sort of the only source of color in the picture. That being said, I think it was purposefully done to really express the happy and sad emotions. The rest of the picture is dark, while the colored lights are the only thing that lights up the subjects face. The portrait makes it look like there are two personalities or two sides to the subject. This can be representative to our change in emotions. People are described as being very hot and cold and I think the photographer was trying to portray that. I like that the photographer used two different types of face lighting on the subject. It adds more detail to the picture itself. The subject, while not very expressive, portrays these two emotions well. I like that this photo can be interpreted in many different ways. The simpleness of the photo makes it really artistic. Personally, this photo leaves me wondering about the different types of techniques that the photographer used. While it may look simple, I am sure that it in technical terms, it is not so simple to capture. 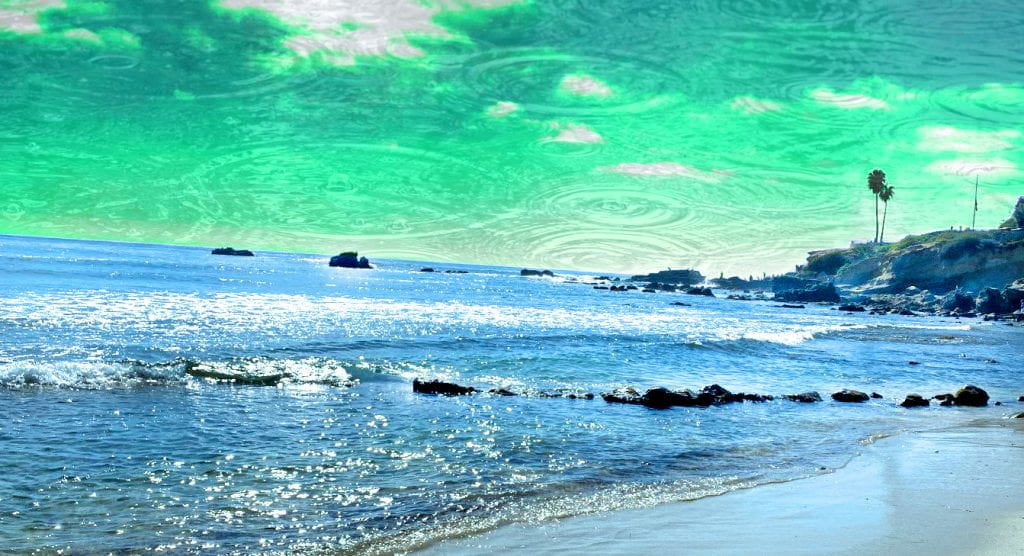 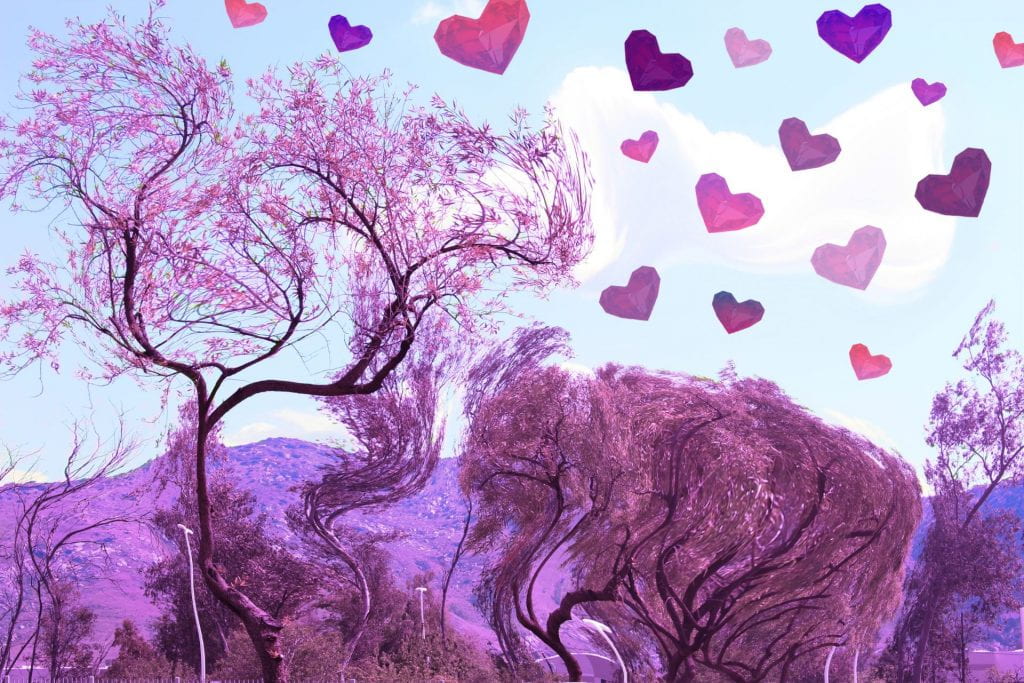 For my green and blue landscape of Laguna Beach, I lightened the waves and darkened the sky with levels. I then put a green filter over the sky and increased the saturation. Then, I put a blue filter over the sand and waves. I took a photo of rain drops hitting water from the internet and blended it into my background with low opacity. I erased the rain drops from the water and merged the layers. I then increased the saturation one last time.

For my purple and violet landscape, I liquified the tress and pulled them in different directions. Then I put a violet filter over the entire image and increased the saturation. Then I went in and erased the color filter from the sky, making sure I got between the branches and as close the leaves as possible. I then brought in hearts from the internet and use color and gradient filters to make them look different shades of purple and violet. 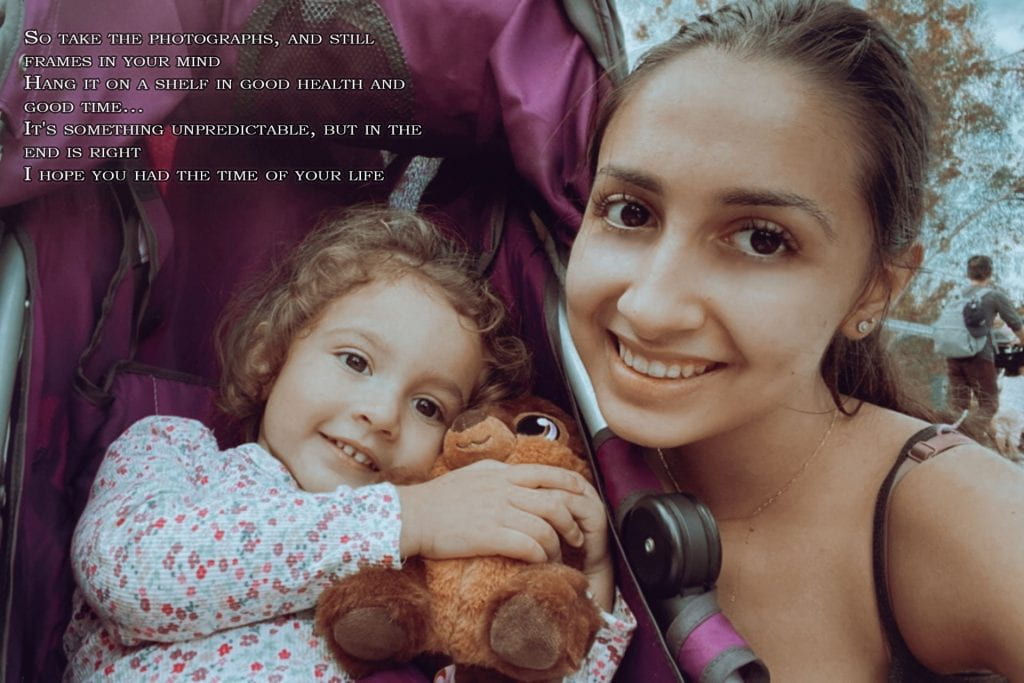 I chose these words to go with this image because it is one of my favorite Green Day songs. I associate it with a lot of good memories from the Green Day concert I went to with my mom earlier this year. I feel like this part of the song really captures the memory I had of my sister’s first trip to the San Diego Zoo. I love that it compares photographs to memories or ‘still frames’ in our mind. My sister is the youngest of us three and I never thought I would have another sister, but I couldn’t image life without her. I think an audience would interpret my work as sentimental and a good memory that just happened to be caught in a photo.

Hi, my name is Leslie! I am 16 years old and a big sister to 2 younger sisters. I like photography, baking, and playing guitar. Welcome to my blog! 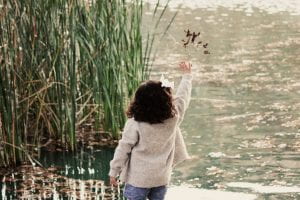